First World War: Western Front is a quality strategy game for Android created by Joni Nuutinen. And this is a perfect way to play update. 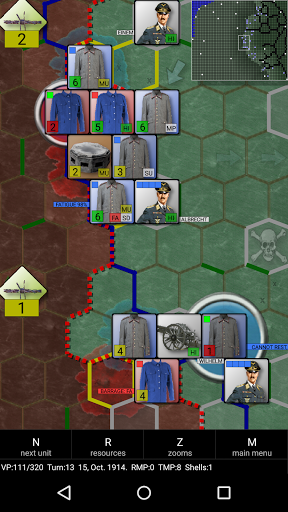 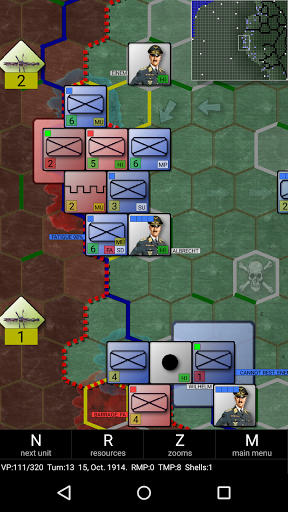 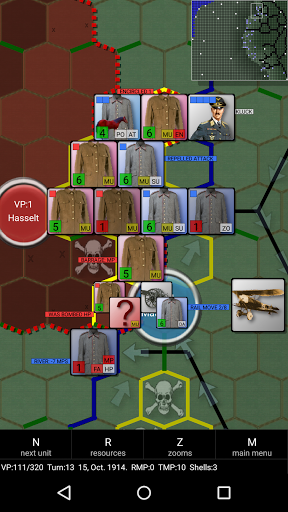 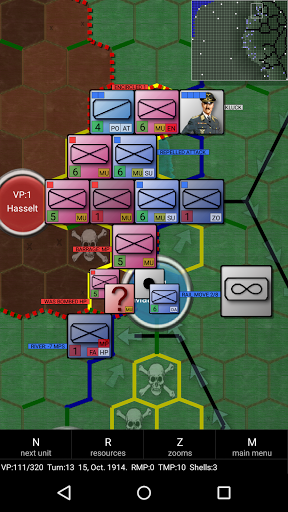 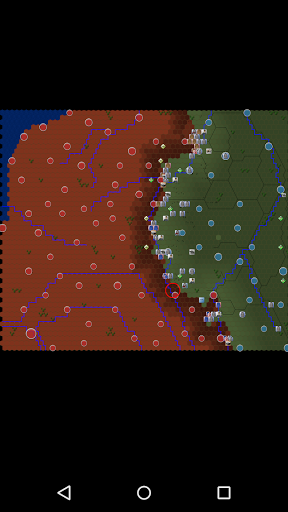 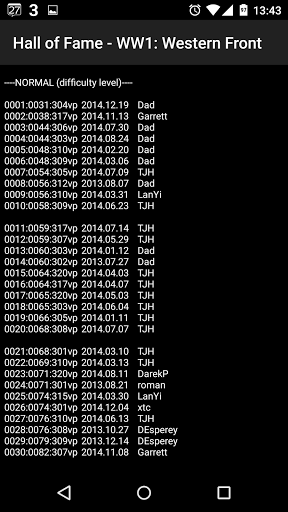 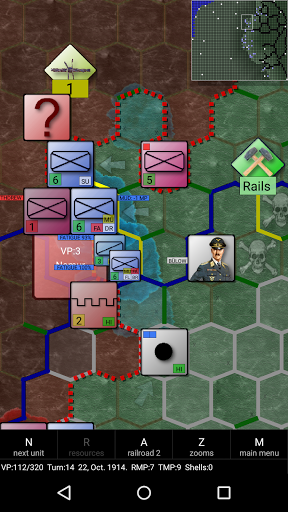 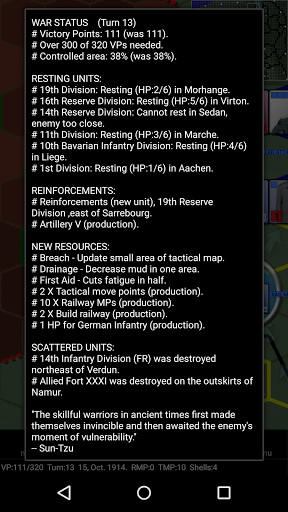 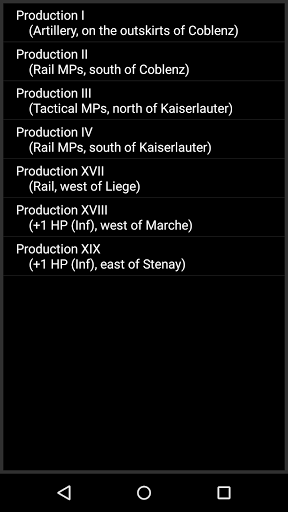 Thanks for making this a quality strategy game

This is a good old fashioned turn based strategy game

The game does a good job simulating trench warfare

Well worth the attention of any serious gammer

Keep up the good work Joni

Getting stuck in the mud is so much fun

Conflicts: WW1 Western Front is a huge turn based strategy game set on the Western Front of the First World War. You are in command of the German armed forces - generals, infantry, cavalry, artillery and the first tank units - and the object of the game is to conquer the strategic parts of France as quickly as possible. This is a huge game, and if you haven't played games from the Conflict-series, you may want to start with Operation Barbarossa or D-Day before taking on the Great War of 1914-1918. If you want to test the strategy game and its mechanics, a free 15-turn version is available at: http://bit.ly/1aq3rlx Highlights: + Tactical Areas/Move Points: Some hexagons are connected together forming slowly evolving Tactical Areas, and you can move between such hexagons using Tactical MPs instead of regular MPs. This opens up a completely new tactical dimension. + Economy & Production: You decide how to use the industrial resources that you capture: Build railway networks, produce Rail MPs, manufacture minefields, etc. + Railway Network: To navigate the huge game area efficiently you need to plan where to build railway network. + Mud: Areas which see lot of troop movement and battles will turn into mud, which might consume extra move points, so you cannot get bogged down on the war of attrition if you want to keep the front lines advancing. + Generals: Generals support the closest units in battle at the cost of 1 MP, while the front line units located too far away from Generals might lose 1 MP. FEATURES: + Long-lasting: Thanks to in-built variation and the game's smart AI technology, each game provides a unique war gaming experience. + Competitive: Measure your strategy game skills against others fighting for the Hall of Fame top spots. + Experienced units learn new skills, like improved attack or defense performance, extra move points, damage resistance, ability to cross rivers without losing move points, etc. + Settings: Various options are available to alter the look of the gaming experience: Switch between terrain themes, change difficulty level, choose icon set for units (NATO or REAL) and cities (Round, Shield, or Square), decide what is drawn on the map, change font and hexagon sizes. + Inexpensive: The entire WWI western front for the price of a coffee! In order to be a victorious general, you must learn to coordinate your attacks in two ways. First, as adjacent units give support to an attacking unit, keep your units in groups in order to gain local superiority. Secondly, it is rarely the best idea to use brute force when it is possible to encircle the enemy and cut off its supply lines instead. Join your fellow strategy gamers in changing the course of World War 1! Conflict-Series has offered highly rated Android-only strategy games since 2011. The campaigns are based on the time-tested gaming elements TBS (turn-based strategy) enthusiasts are familiar with from both the classic PC war games and legendary tabletop board games. I also want to thank the fans for all the well thought-out suggestions over the years which have allowed these campaigns to improve at a much higher rate than what any indie developer could dream of. if you have feedback about the Conflict-Series please use email, this way we can have a constructive back and forth conversion without all the limits of the store's comment system. In addition, because I have huge number of projects on multiple stores, it’s just not very sensible to spend handful of hours each day going through hundreds of pages spread all over the Internet to see if somebody has posted a question somewhere -- just send me an email and I will answer to it as soon as I'm online. Thanks for understanding!
More 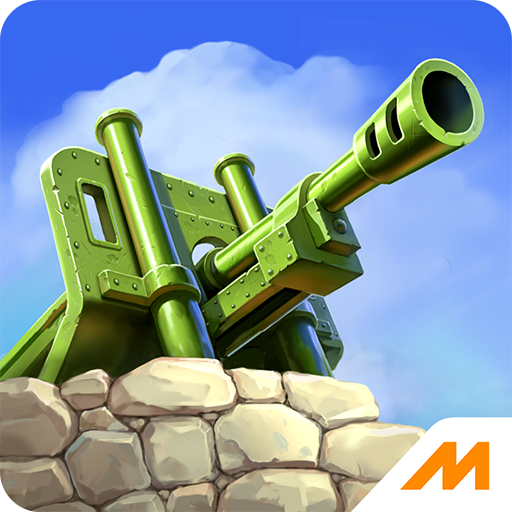 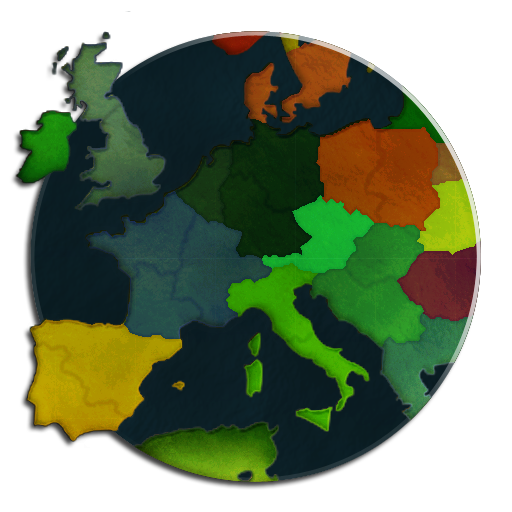 "Age of Civilizations is a turn-based strategy game in which your objec..." 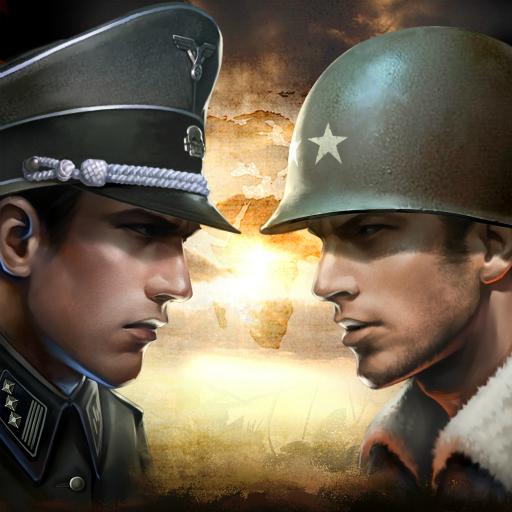 "Commander, it's time to lead your troops! World Warfare is a 3D strate..." 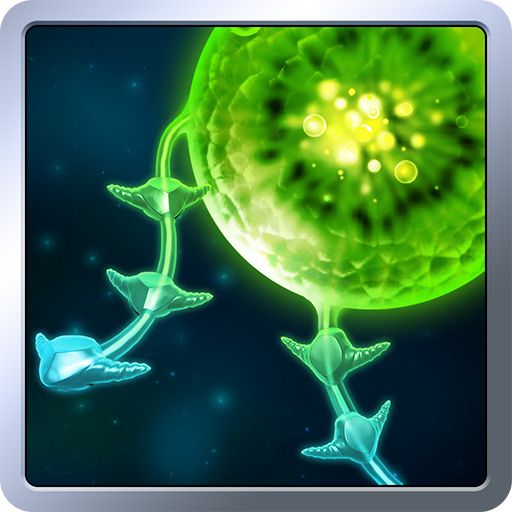 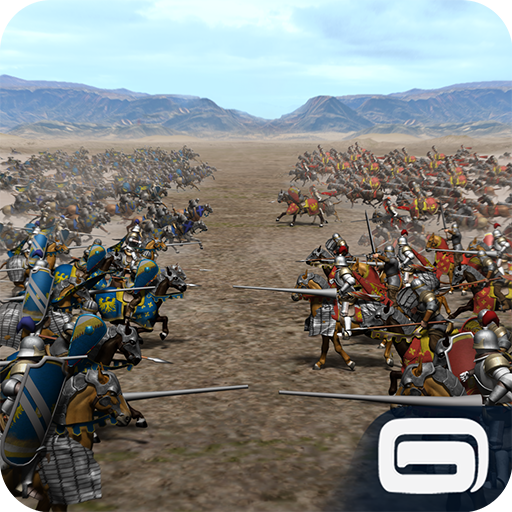 March of Empires: War of Lords

"Break away from reality and ascend to the throne through the art of wa..." 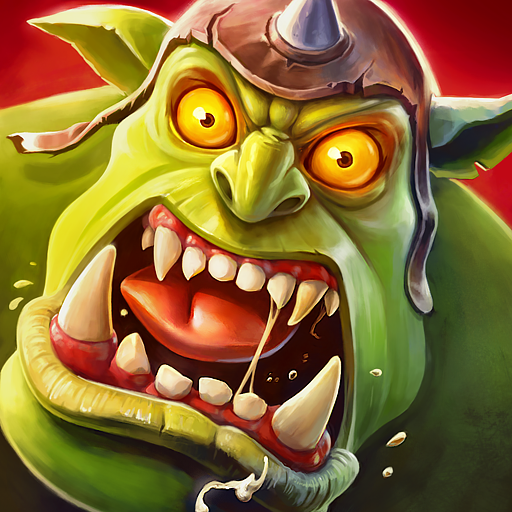