Piano Chords Companion PRO is an Android chord reference app from Songtive. It is a great way to pay couple bucks. 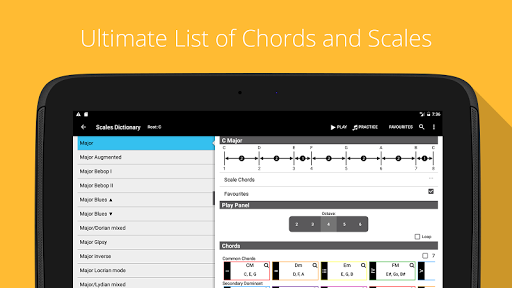 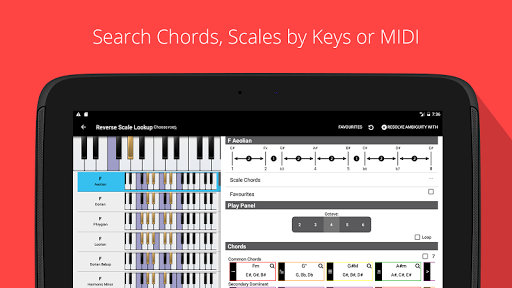 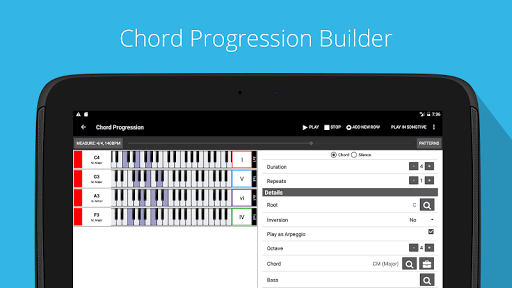 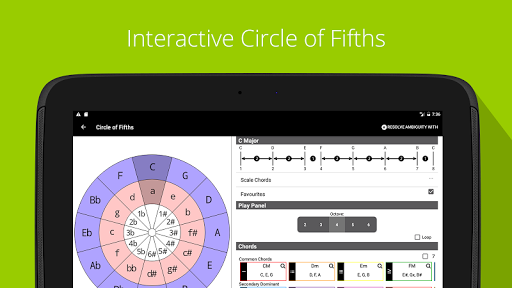 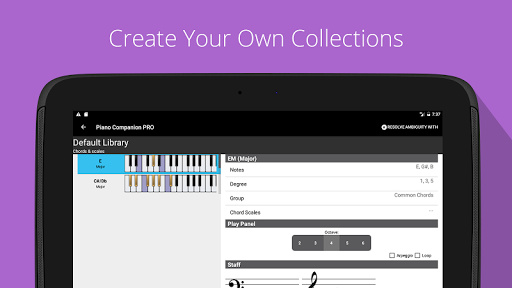 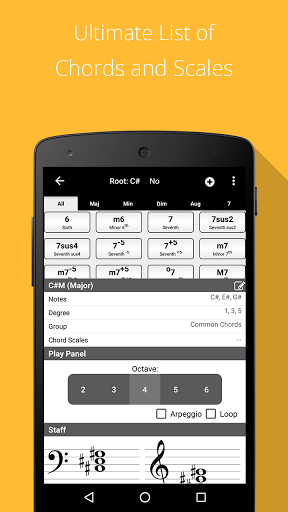 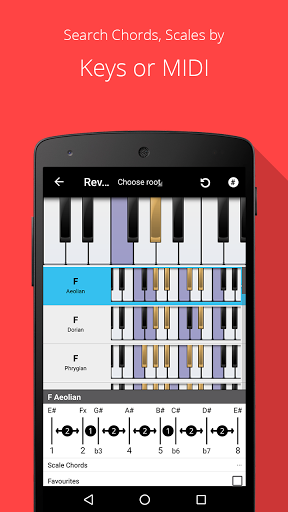 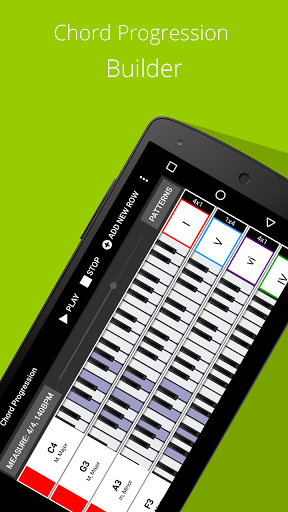 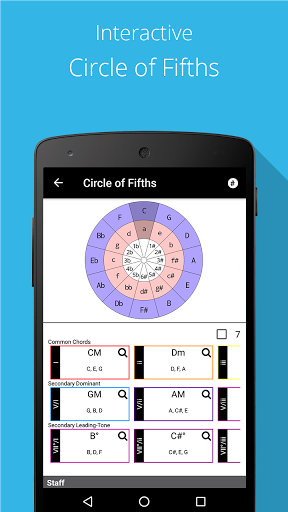 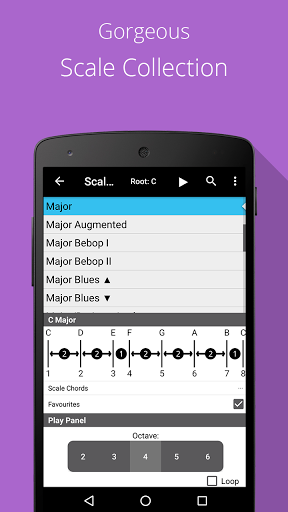 This app is a wonderful introduction to music theory

Great for learning chords and scales

Great for aiding with music practise

Absolutely amazing to have this apps with me all the time

And most efficient reference app ever

Typing a pattern for a chord progression is really cool

It keeps freezing when I start working on chord progressions

Piano Companion is a flexible piano chords and scales dictionary with user libraries and reverse mode with a flexible chord progression builder. If you can’t remember the name of a chord or scale, this app helps you to find it by keys. For example, just press C, G and you will get C Major as the first chord in the search result. If you don’t see a chord, you can create a custom chord and use it for chord charts or your user library. The Piano Companion app shows chord and scale notes, degrees, fingering for both hands in major and minor scales – and you can contribute your own custom fingering too. Additionally, you can listen how a scale or chord sounds in the loop or arpeggiated. You can see the list of compatible chords in the selected scale or list of compatible scales for a selected chord. The app helps you to experiment with different chord progressions using our Chord Progression Builder using relative or common chords. Key features: - 1500+ piano chords, up to 6th inversions such as: major, minor, diminished, augmented, sevenths, etc. - 10,000+ scales , such as: major, minor, chromatic, pentatonic, blues, etc. - Chord Progression builder with scale patterns (chord sequencer) - Interactive Circle of Fifths - Ability to input your own custom chords and organize your own chord charts and library - External MIDI keyboard support for reverse mode - MIDI output (iOS) with ability to connect your favorite DAW with Piano Companion - List of available chords in Circle of Fifths - Popular key notations: English, Italian, German, Japanese, Russian, etc. - Shows chord and scale on the staff with treble and bass clef - Displays compatible scales’ chords - Displays similar and relative scales - Analytical labels: Secondary Dominant and Secondary Leading-Tone - Common degrees: Tonic, Supertonic, Mediant, Subdominant, Dominant, Submediant, Leading tone (in Major scale) / Subtonic (in Natural Minor Scale) - Displays compatible chords’ scales - Ability to create custom chords or modify existing ones - Audio support: ability to play chord in the loop or arpeggio; ability to play scale in the loop - Arpeggio in the chord progressions - Relative scale suggestions - Relative chords in chord progressions - You can create your own scale fingering and have the ability to use community scale fingerings - User libraries with ability to add scale or chord - You can create your own chord libraries and chord charts - Ability to create favorite scales Prompt support from the Piano Companion Team is guaranteed! We would also be happy to hear your suggestions for Piano Companion. Follow us on Twitter: http://twitter.com/pianocompanion Facebook: http://facebook.com/PianoCompanion Google+: https://plus.google.com/112151838811905661920 Have questions ? Community forum: http://forums.songtive.com or contact us at: support@songtive.com
More 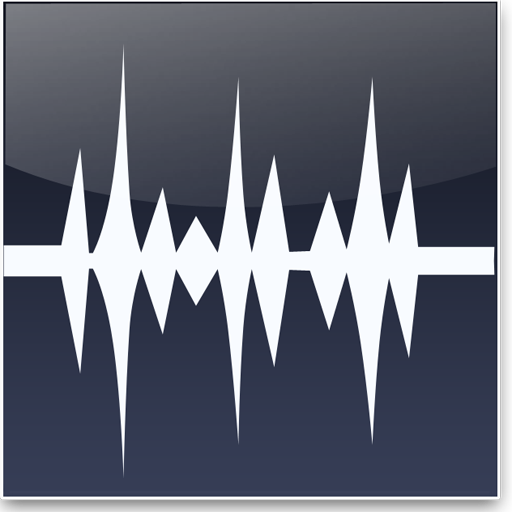 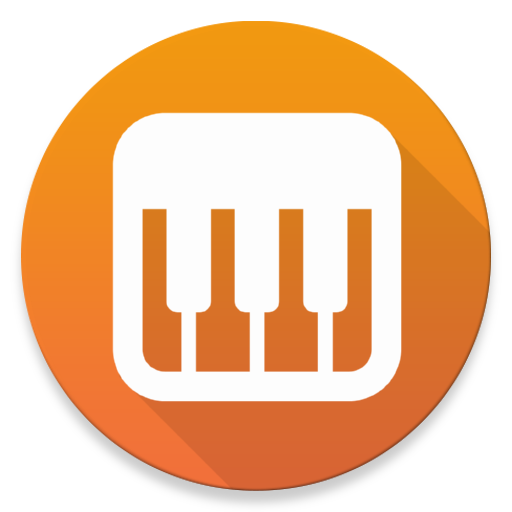 "Piano Companion is a flexible piano chords and scales dictionary with ..." 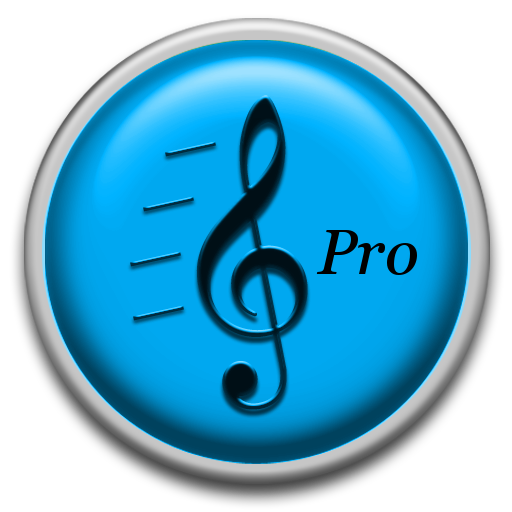 "MobileSheetsPro is the ultimate sheet music reader for Android tablets..." 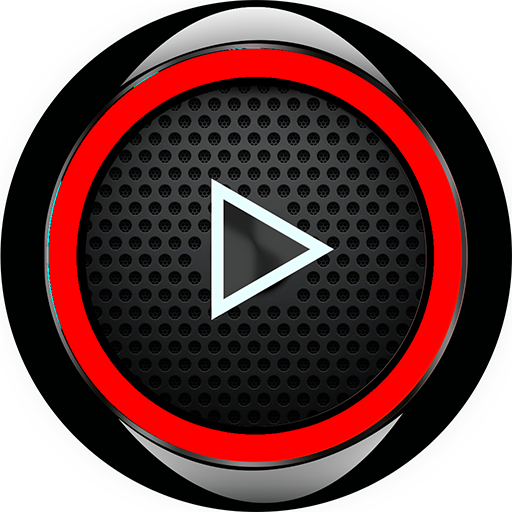 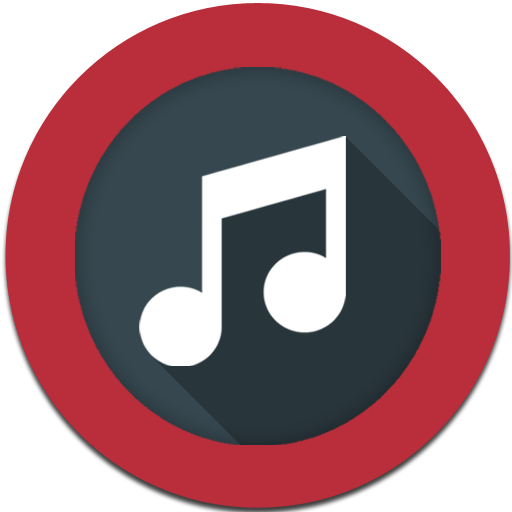 "Do you want to get the best Musical Experience on your Android device?..."