Greenify is a free app for Android created by Oasis Feng. And this is a perfect way to save battery. 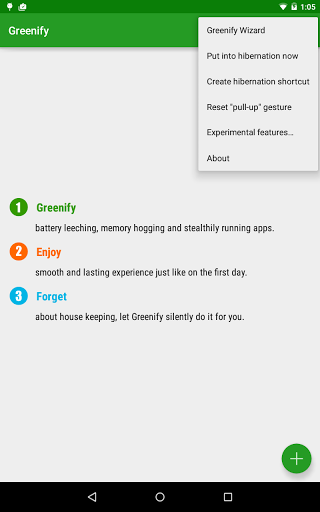 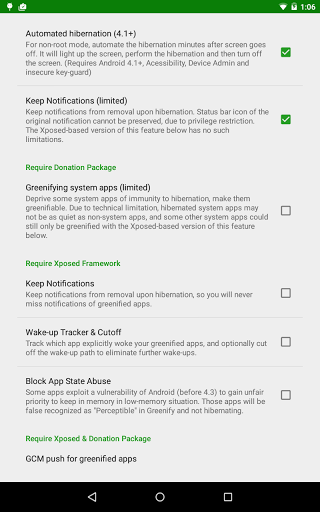 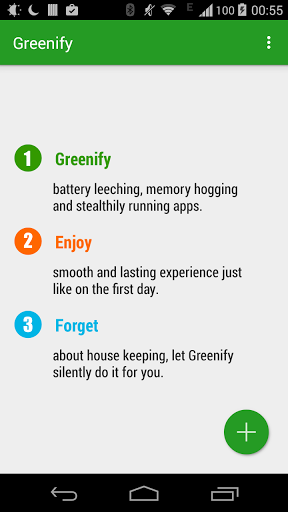 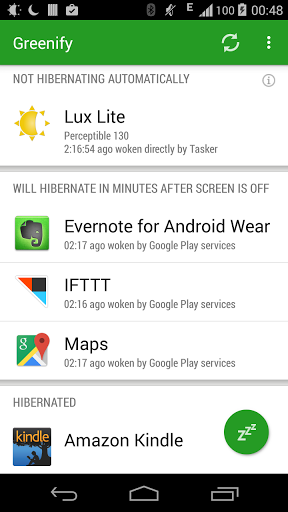 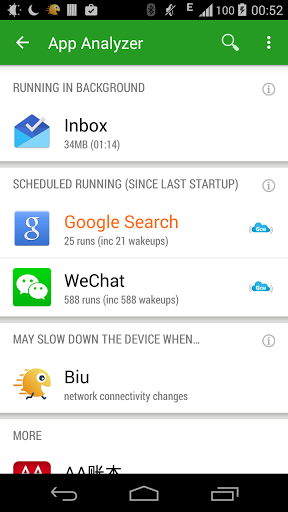 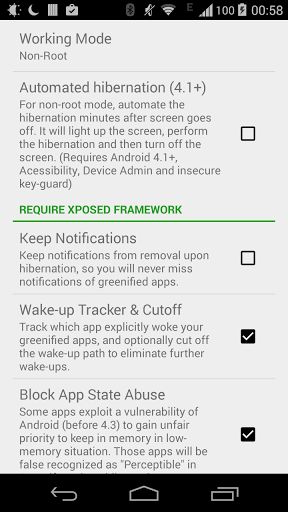 The best app for saving battery and battery life

So useful in helping my battery life

The best Hibernation Apps It help me charge my phone faster

It has truly improved my phone battery

The apps was great in my older phone

Got bless the developers

Best battery saving app out in the playstore

Does great work in managing shutdown of apps

Doesn't do what it claims to do worst app ever

NOR CAN I DEACTIVATE IT IN THE PLAY STORE

It has made using the widget completely pointless

It pushed me to downgrade into version 3

Bcs of this new feature update which is really sucks

And it also seems impossible to uninstall for some reason

Not working properly in redmi note 4

Featured as Lifehacker's Top 1 Utility in 2013 Best Android Apps (http://goo.gl/1VMwnE), Android Authority's Top 3 Best Root Apps (http://goo.gl/g0L0qZ). NEW: "Aggressive Doze"and "Doze on the Go"to maximize the battery saving on Android 6+, even without root! (details explained in settings) Never should your phone or tablet become slower and battery hungrier after lots of apps installed. With Greenify, your device can run almost as smoothly and lastingly as it did the first day you had it! Greenify help you identify and put the misbehaving apps into hibernation when you are not using them, to stop them from lagging your device and leeching the battery, in a unique way! They can do nothing without explicit launch by you or other apps, while still preserving full functionality when running in foreground, similar to iOS apps! Please report bugs in the XDA forum (http://goo.gl/ZuLDnE) or G+ community (http://goo.gl/MoszF). Greenify NEVER EVER collects your personal data despite the capability of accessibility service, it just takes advantage of it to automate things. IMPORTANT: Greenifying an app implies that you are aware that all the background functionality (service, periodic task, event receiver, alarm, widget update, push message) of this app will become out of service during the hibernation except when you are using this app. NEVER greenify alarm clock apps, instant messaging apps unless you don't rely on them. Please do verify the impact of greenified apps on which you heavily rely. Note: Greenify does need a background running service for auto-hibernation to work. It is designed and implemented in extremely lightweight, with an average RAM footprint less than 5M, and nearly zero CPU and battery consumption. === PERMISSIONS === DEVICE ADMIN: To turn off the screen immediately after automated hibernation on non-root devices. DRAW OVER OTHER APP: To show guide layer over the app setting UI of system on non-root devices. DISABLE SCREEN LOCK & BIND ACCESSIBILITY SERVICE: For automatic hibernation to work on non-root devices. GET ACCOUNTS & WRITE SYNC SETTINGS: Control the account sync of apps if its sync task is too frequent. === FAQ === * It seems that automatic hibernation is not working. * Some of my greenified apps (e.g. Google Maps) seems not hibernating. * I want to greenify system apps! * De-greenified apps still got no push notification! …… Read here: http://goo.gl/99lNYp === Translation === All translations are open for contribution: http://goo.gl/zCCDce === Donation === If you love Greenify, please consider the "donation package"http://goo.gl/fpz5l for extra experimental features: * Greenify system apps (now without Xposed) * Allow GCM push for hibernated apps * Detect "who"woke the hibernated apps and optionally cut off the wake-up path. * Wake-up timer coalescing
More 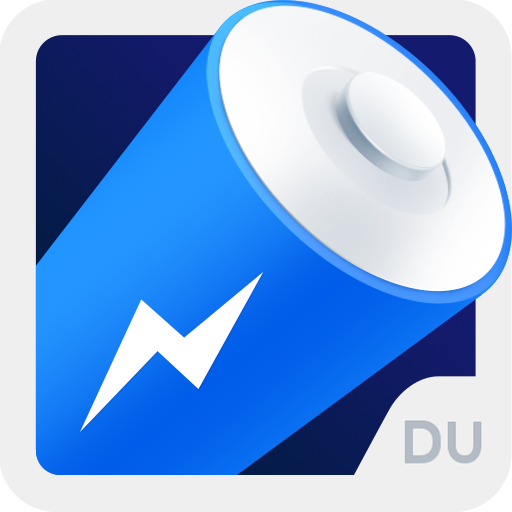 "DU Battery Saver is a FREE battery saving app that makes your battery ..." 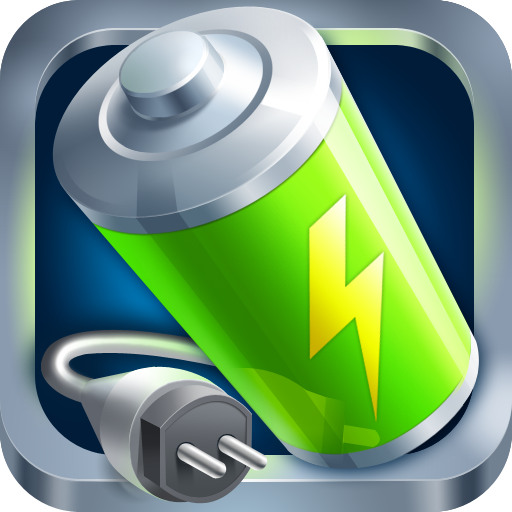 "Battery Doctor is a FREE battery saving app that helps extend your bat..." 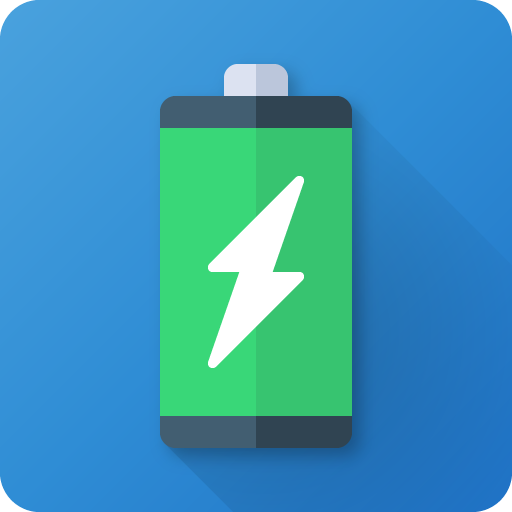 "PowerPRO delivers more energy to your phone by dealing with two well k..." 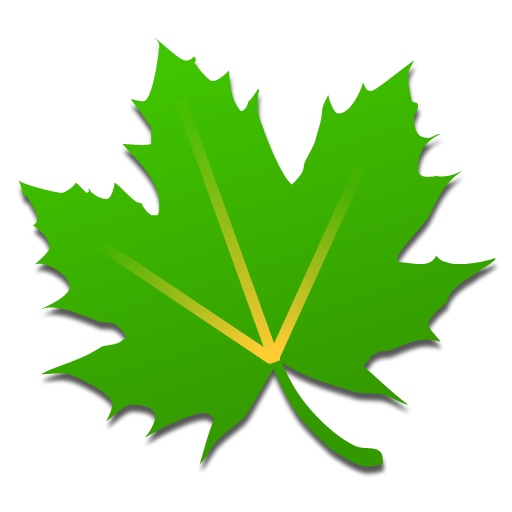 "This is just a donation package which activates some experimental feat..." 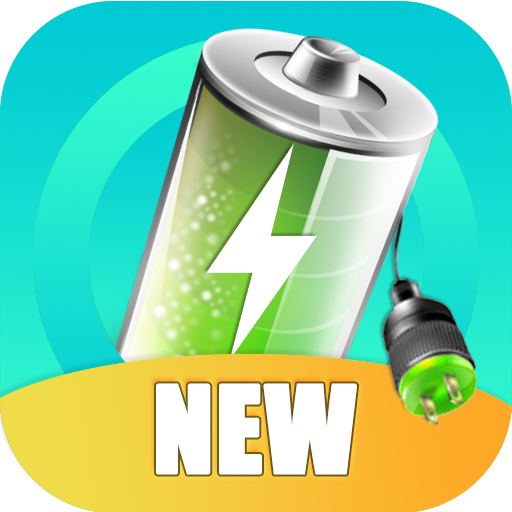 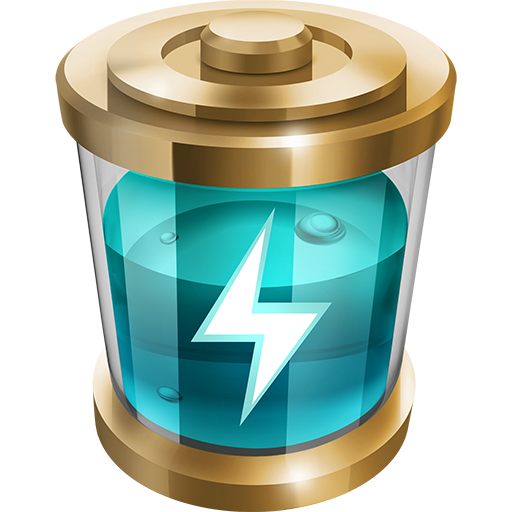 "This is the perfect battery monitor for your phone or tablet. It is si..."